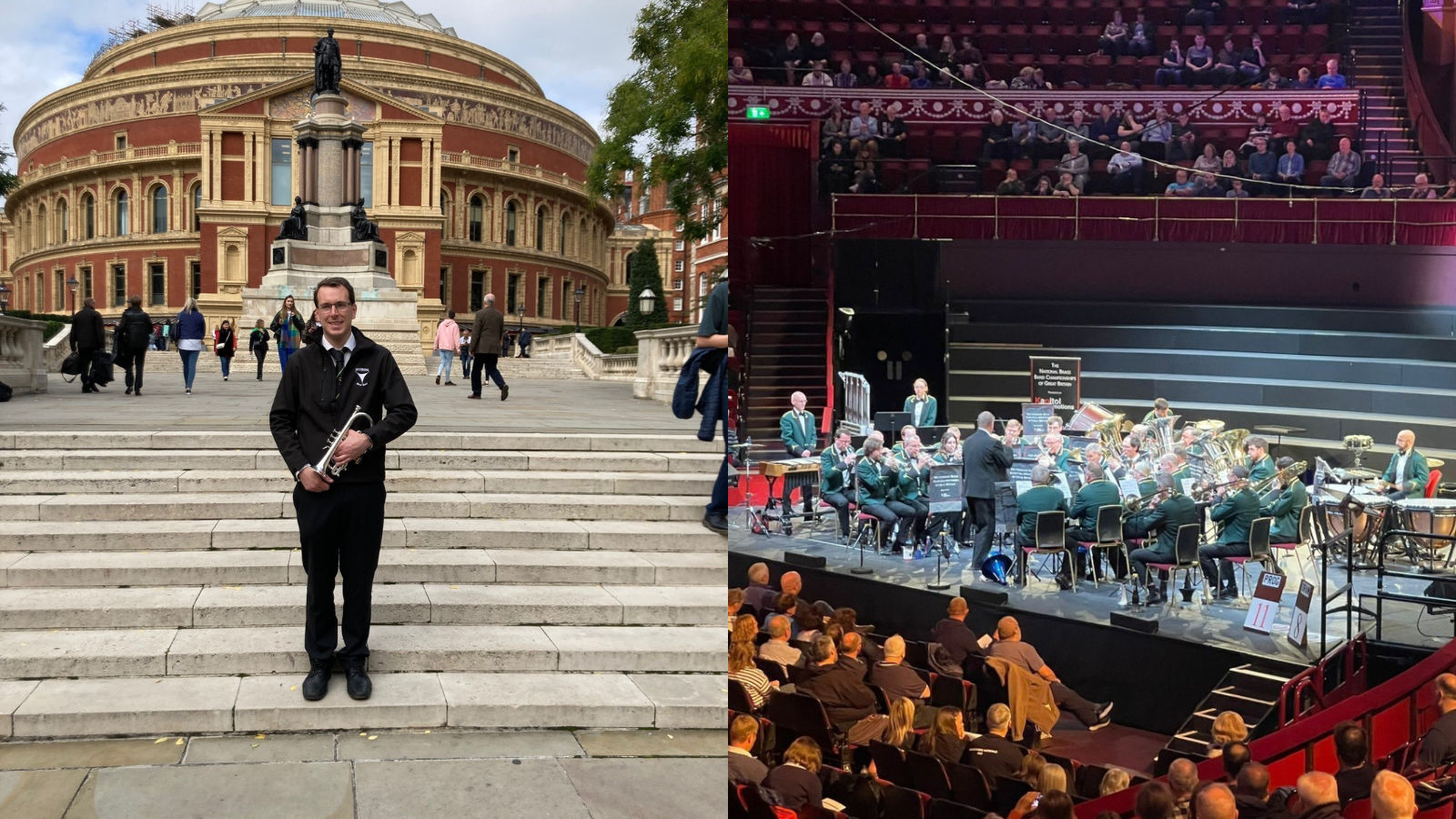 On Saturday 15th October, Greene & Greene’s company commercial partner Andrew Cooper, took a ‘break’ from his busy work schedule to perform in a competition at the Royal Albert Hall in London.

Andrew is a member of the Haverhill Silver Band, who took part in the National Brass Band Championship Finals of Great Britain, becoming the first band from Suffolk to ever qualify for the prestigious event, and the first from East Anglia to qualify for many years.

Haverhill qualified for the event by winning the regional championships back in March and have been working hard for the competition ever since. The blue ribband event of the brass band world saw the band take to the stage to compete against 19 of the best bands from around Great Britain, including six of the top 10 ranked bands in the world. Performing in front of around 2,500 people, and three adjudicators (who judge the bands blind), all bands performed the same highly technical 15-minute piece, before being ranked in order.

Andrew explained “For many of us in the band, this is a huge lifetime achievement, that we’ve been working towards for years or decades. To use a football analogy, it is the equivalent to playing in the FA Cup Final against Manchester City or Liverpool. We went up on stage against bands full of professional players and professional-level talent, and to even get close to their level as a group of mainly amateur players, is very rewarding.”

“It was hard work in the lead up, with a lot of rehearsals. The piece was very difficult; by far the most difficult thing I have ever had to play on a stage. But it was worth it in the end. It can be nerve racking playing in such a big venue, in front of adjudicators, a large audience (lots of whom play in bands themselves and know what you should be doing) and the brass band trade press posting live comments and remarks for all of their readers. To top it off, you are recorded, so the band can dissect everything that went right or wrong after the event! Despite that, the band played very well and we gave a good account of ourselves. We were never going to win, or realistically finish in the top half, but we more than held our own against a lot of very good bands, and are really pleased with how it went.”

Now the event is over, the band will focus on concerts and Christmas events for the remainder of the year, before the work for contests starts again in January. “The qualifying competition for next year takes place again in March, and we’re hopeful we can make it back to the Royal Albert Hall again”.