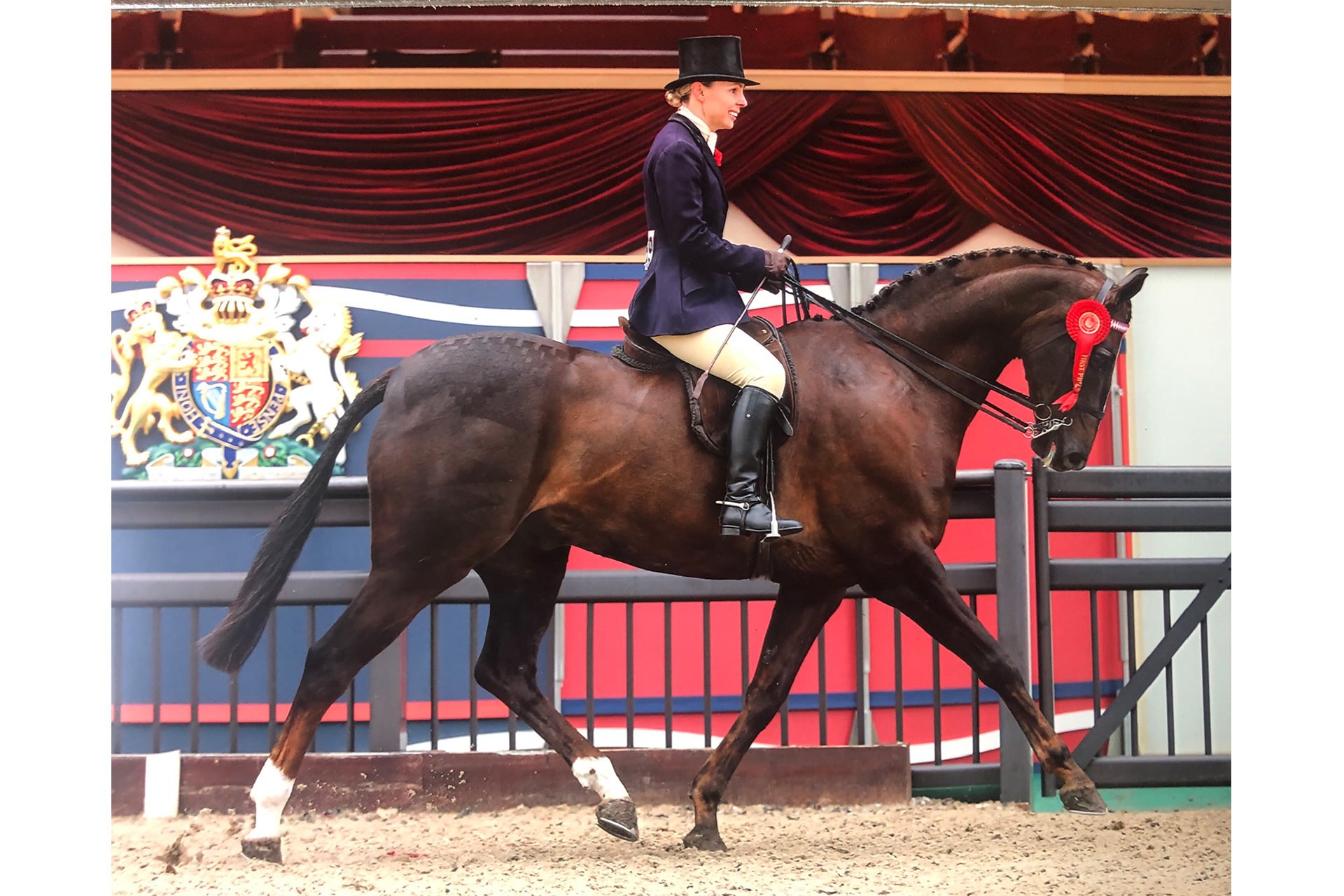 Employment specialist and barrister, Angharad Ellis Owen has been riding horses for as long as she can remember and competing since the tender age of 6. Last week she competed with her horse ‘Woody’ at the Royal Windsor Horse Show.

Angharad said, “Royal Windsor Horse Show (RWHS) is my favourite show of the year. Set in beautiful surroundings by Windsor Castle, it really is a fabulous show to visit. However, when my alarm went off at 5am on Friday morning to leave for RWHS, there was a moment when it crossed my mind to just stay in bed (but I’m so glad I didn’t)! RWHS was mine and Woody’s first competition this season; and it exceeded all my expectations when we won our class (large hack).”

Later that day, Angharad and Woody took part in the championship event in the main castle arena along with the top two placed riders from each of the four classes and was placed as reserve champion.

Attended by HM The Queen and other members of the Royal Family, Angharad said, “The atmosphere in the castle arena was amazing, the grandstand was full and the buzz that came from the crowd was simply electric. RWHS must be a lucky show for us, as we won the last time we competed here in 2016, but I never ever thought that we’d win at this prestigious show twice.”

At the end of May, Angharad and Woody will compete on their home turf at the Suffolk County Show held over two days at Trinity Park in Ipswich. Greene & Greene has been supporting the Suffolk Show for a number of years and will once again be one of the major sponsors for the show for 2019.